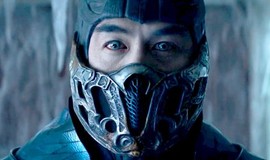 Mortal Kombat 101: Everything You Need To Know

Titans, realms, elder gods and kamidogus (don’t worry if you have no idea what that is). Just a small handful of the beings and creations that inhabit and shape the landscape of the  Mortal Kombat universe. The lore surrounding the popular franchise has an overwhelming number of personalities and timelines to keep track of that sometimes seem only to confuse potential newcomers. Fear not my fellow nerds! In anticipation of the latest theatrical release of  the Mortal Kombat film on April 23rd, we at The Nerd & Co. will compose as condensed of a timeline explanation as possible without dragging you into the depths of madness. Let’s begin!

Mortal Kombat’s inception in 1992 began with  (at the time) a “straightforward” premise by video game standards. For over 500 years the villainous sorcerer Shang Tsung has held a tournament between all six realms (Outworld, Earthrealm, Netherrealm, Orderrealm, Edenia and Chaosrealm deemed ‘Mortal Kombat’ (roll credits). Outworld’s ruler Shao Khan has conquered all but one realm, Earthrealm. Unable to directly interfere with Shao Khan’s conquest, the overseers of the realms (Elder Gods) implemented the tournament as a means of giving Earthrealm a fighting chance. The rules are quite simple:  Outworld must win 10 consecutive tournaments (tournaments are only once every 50 years)  in order to commence with the merging of the realms and the invasion of Earthrealm. Anyone is allowed to compete in the tournament except gods or demi-gods. The God of Thunder, Raiden, rallies Earthrealm’s best combatants to save the realms as he himself cannot compete. A shaolin monk and member of the White Lotus (an order established to win Mortal Kombat) called the Great Kung Lao defeated Shang Tsung in the first Mortal Kombat tournament and ultimately spared the sorcerer’s life. This proved to be a fatal error as Shang Tsung returned with a new monstrous, four armed champion to represent Outworld, Goro. Goro dispatched Lao with ease and would go on to annihilate every challenger for the next eight tournaments. The last tournament needed to secure complete victory for Outworld did not go as planned however. Along with Raiden’s chosen combatants shaolin monk  Liu Kang ,  C-List actor Johnny Cage  and special forces operative Sonya Blade, those with differing intentions also competed. Kano, a criminal of the highest order seeking a big payout and security from Outworld if he defeats his fellow Earthrealmers. Leaders of rival ninja clans Hanzo Hasashi (Scorpion) of the Shirai Ryu and Bi-Han (Sub-Zero) of the Lin Kuei also enter. While Sub-Zero’s involvement is strictly through Shang Tsung’s hiring of the Grandmaster to bolster Outworld’s chances, Scorpion has entered as a resurrected spectre attempting to avenge the death of his entire clan at the hands of Sub-Zero and the Lin Kuei (Spoiler Alert: It wasn’t Sub-Zero). Scorpion succeeds in killing Bi-Han and the mantle of Sub-Zero is passed down to his younger brother Kuai Ling. After the dust settles and all the blood has been spilt, Liu Kang emerges victorious and secures Earthrealm’s freedom. This bout of peace wouldn’t last however.

After suffering his first taste of defeat, the emperor of Outworld would not underestimate Earthrealm again and forces the next tournament to take place in Outworld. Shao Khan enlisted several new allies who would become franchise staples. The daughters of Shao Khan and his personal assassins, Kitana and her half sister Mileena (created in the flesh pits of Netherrealm sorcerer Quan Chi) were introduced into the fold. Special forces officer Jax Briggs joins Earthrealm’s cause in order to track down his commanding officer Sonya Blade who’s gone missing in Outworld. Rounding out Earthrealm’s latest additions is the descendant of the Great Kung Lao himself, White Lotus and close friend to Liu Kang, the hat wielding shaolin warrior Kung Lao. Liu Kang once again emerged victorious, defeating the Khan himself in his own realm. This personal defeat led Shao Khan to resort to the old fashioned plan of exploiting loopholes. Stick with me now nerds. By resurrecting his deceased young bride Sindel on Earthrealm, Shao Khan was now able to cross the boundaries of the ward in place to reclaim his bride. This began the merging of realms and now Earthrealm’s warriors were being hunted by death squads employed by Shao Khan. A rebellion led by Liu Kang and Kung Lao with new allies behind them fought back the Khan’s forces and once again handed him defeat and ended the merger between the two realms. Earthrealm has once again proved to Shao Khan it was not for the taking so long as their champion Liu Kang remained its protector.

While Shao Khan proved unable to dispatch Earthrealm’s defenders and their champion Liu Kang, in the midst were two evil forces conspiring to do what the emperor of Outrealm could not. In order to enact their plot to harness control over the realm through the resurrection of an undead army unable to be defeated in battle, the sorcerers realized they must do away with their two greatest threats to their plans. Joining forces, Quan-Chi and Shang Tsung killed both Shao Khan of Outworld and Earthrealm’s champion Liu Kang. Raiden, who ascended to status of Elder God in Mortal Kombat 4, relinquished his status in order to intervene personally in the fight against the Deadly Alliance. It was also revealed (in Mortal Kombat 4 in Scorpion’s arcade ladder ending) Quan-Chi was responsible for the massacre of Scorpion’s clan and created an illusion that forced the leader of the Shirai Ryu to see Sub-Zero’s clan as the assailants. With their champion dead and their forces unable to match the strength of the combined might of the Deadly Alliance, Earthrealm was defeated.

An all out battle takes place between combatants from all the realms both deceased and living all fighting to claim a singular ultimate power resting at the top of a pyramid constructed by an Elder God. All warriors in the battle have been killed, leaving only Raiden and a Shao Khan imbued with the power of a god battling atop the structure. Just as Raiden is about to meet his end, he sends a message to himself back in time during the events of the first Mortal Kombat tournament through a crack in his amulet. This is when the retelling of the first 3 Mortal Kombat games begins. Raiden’s choices are now altered and skewed as he attempts to balance the survival of a future he cannot see and the immediate ramifications taking place before him as he chooses. Each choice that further cracks his amulet dictates that the future he foresaw is still imminent. As the climax of the game approaches we bear witness to the ending of Mortal Kombat 3. Shao Khan is on the brink of crossing into Earthrealm. In order to successfully crossover, he goads Liu Kang into fighting him in order to break the constraints of Mortal Kombat and allow free entry. Raiden realizes his amulet is continuing to crack as Liu agrees to kombat and now knows he cannot allow Liu to continue. Raiden confronts Liu Kang, which leads to a fight and the accidental death of Liu Kang at the hands of Raiden. What future has Raiden unknowingly created in place of the one he prevented?

Two years have passed since the events of MK9. Elder God Shinnok is attempting to absorb the “life force” of Earthrealm in order to propel his own power above the plane of Elder God. Quan Chi, Shinnok’s loyal follower, has resurrected fallen Earthrealm combatants as his own undead revenants to control. Sonya, Johnny and Raiden lead a group to defeat Shinnok, but only ends in Sonya’s capture . Johnny Cage, upon seeing the near death of Sonya Blade, unleashes a hidden superhuman power allowing him to defeat Shinnok. Raiden seals Shinnok away, but in doing so is infected by the Jinsei (negative energy) he was attempting to purify. With Quan Chi defeated the revenants, Sub-Zero, Scorpion and Jax are restored to their human forms. Sonya and Johnny go on to marry (and later divorce) and introduce a new addition to the Cage family in the way of their daughter – Cassie Cage. 18 years later, Shinnok returns through Quan-Chi’s persistence and finally obtains the power he sought so long ago. After fighting their way through Shinnok’s forces, Cassie alongside new additions Jacqui Briggs (daughter of Jax Briggs), Takeda (Shirai Ryu disciple), Kung Jin (cousin to Kung Lao). Cassie is able to defeat Shinnok after unlocking the same powers as her father 18 years ago. With Shinnok defeated and Raiden now corrupted by the Jinsei, he heads to Netherrealm to issue a warning to the new rulers of the Netherrealm – revenant Liu Kang & Kitana. “There are fates worse than death” Raiden warns as he drops the severed head of Shinnok at the foot of their throne and teleports away.

I’ll attempt to keep this last installment as brief as possible since it involves multiple timelines. Remember Shinnok? Well, he had a mommy and her name is Kronika. Kronika is the keeper of time of this universe and was quite unhappy with the recent decapitation of her beloved child. She decides she will gather enough power to rewrite time itself and erase Raiden’s interference in Shinnok’s plan years ago. Past versions of characters are brought to the present (including a human Liu Kang, Kitana and Kung Lao), lots of fighting and dismemberment occurs and ultimately Liu Kang defeats Kronika after he is imbued with Raiden’s Thunder God powers. Balance has been created once more across the realms.

A former sports journalist making the big leap off the deep end in to his true passion - nerd culture. If there's anything I want readers to take away from my work, it's that they leave with any lasting impressions. If you come back next week, then I've done my job. View all posts by Izen Martinez